Yes, they replied, 'because it is there!' 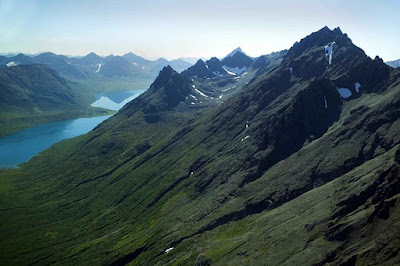 But when man landed on the moon
It was rocky, dusty not how it  was earlier shown
The same could be said of mountains
Bluish and greenish in the distance

It was rugged not expected to be overly friendly
Treacherous, hard and cold with deep gullies
Snow-capped that raised challenges to another level
Mountain climbing rightly belong to the dare-devils

When asked 'climbing the mountain was it a dare?'
Yes, they replied, 'because it is there!'