Only a minute ago. Things were riotous 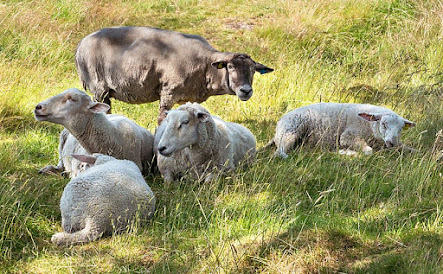 Author: W.carter
Image: Waiting for the next move (here)
He came home. Said nothing  -  Wislawa Szymborska - Going Home
He came home. Said nothing.
What now. You could hear a pin drop
All quiet. All of a sudden
No one moved. There were three of them
Now there were four
Only a minute ago. Things were riotous
They were sitting. They were reminiscing
They just came from the airport. Lucy on tow
The two friends Tom and Jane braved the rain
The three meeting again. It had been four years
Jack stood transfixed. Not expecting visitors
They were all not strangers. Still, Jack was mum
A quizzical look sported. Still not a word
Tom his house-mate had not informed him
He was not forewarned. Why this gathering
He was still wondering. His mind muddled
It was a boys' night out. A lot of boozing
His head was spinning. He had forgotten the occasion
Surprise, Happy birthday Jack!
Peter at d'Verse MTB - opening lines..beginnings
Posted by kaykuala at 6:32 PM