what has bolstered his hopes? 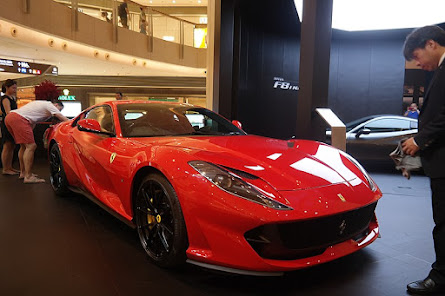 Author: David290
Image: A Gleaming Roadster (here)
Dare him to look up from his perch. The morning sun slowly moves
competing with lazy clouds across the sky. He has not flinched his tired
bones. He will bid his time contrary to some thoughts
We look at him through the wrong end of the long telescope of time
far from giving in but what has bolstered his hopes. That no one can tell
He liked her but that was long ago before he went away. He is back
determined to stake his claims

He feels confident. He is no more the struggling wimp those others
referred to and laughed at before, unkempt and penniless. He has parked
his Ferrari far down the street. He has made his pile that he is not to
reveal. He is waiting patiently for a glimpse of her -  for a surprise.
But is she really married?
(144 words)
Kim at d'Verse:  Prosey - telescope of time
Posted by kaykuala at 10:27 PM