glory be to raise angels of offspring 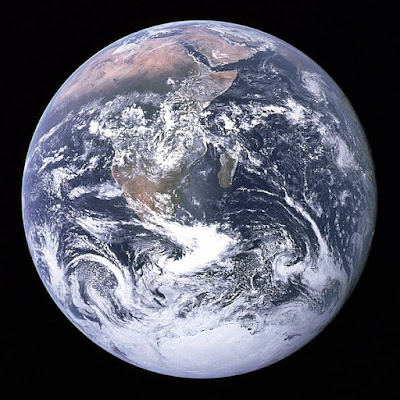 Author: NASA/Apollo 17 crew; taken by
either Harrison Schmitt or Ron Evans
Image: The Blue Marble -  a famous photograph
of the Earth taken on December 7, 1972, by the crew
of the Apollo 17 spacecraft (here)