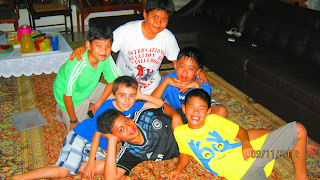 Image:1 The neighborhood kids. Kimie got them all rounded up. From left: Abu, Daniel (of Portuguese/French parentage) Norman (foreground) and Kimie (at the background) both my grandchildren, Dickson (Chinese) and Imran ( of Malay/Chinese parentage ) 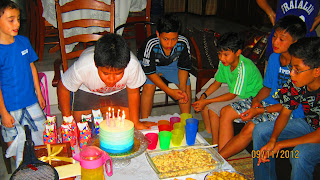 Image:2 They came for a tame birthday do. It was Kimie's. He turned 10 on Nov 09! Among themselves they are a neat group. Last night both Norman and Kimie were at a sleep-over at Daniel's house! Daniel's family will be leaving for home ( in France) in Dec. They're making the most of each other now!

The school holidays are here again!  It’s practically mid-November through early January!  Those younger ones are already at it. It’s the carefree days for them beginning this week. Those older ones are mentally sweating it out. They are in the midst of major exams that will eventually determine directions for their future. As for the minders  (I for one) we have to think of ways to ease off the boredom. It’s a pretty long stretch and activities must have variety to make it interesting for them.

The choice is an open book.Trips overseas (not many can afford that) Trips inland, excursions that cost less, entertainment centers at the Mall, private clubs ( here ) or just freebies at the beach or libraries. Whatever it might be, it'll be thrilling time! Childhood days are never forgotten!

School is over, great!
The neighborhood kids are here
They do their own thing