He had to go before daybreak 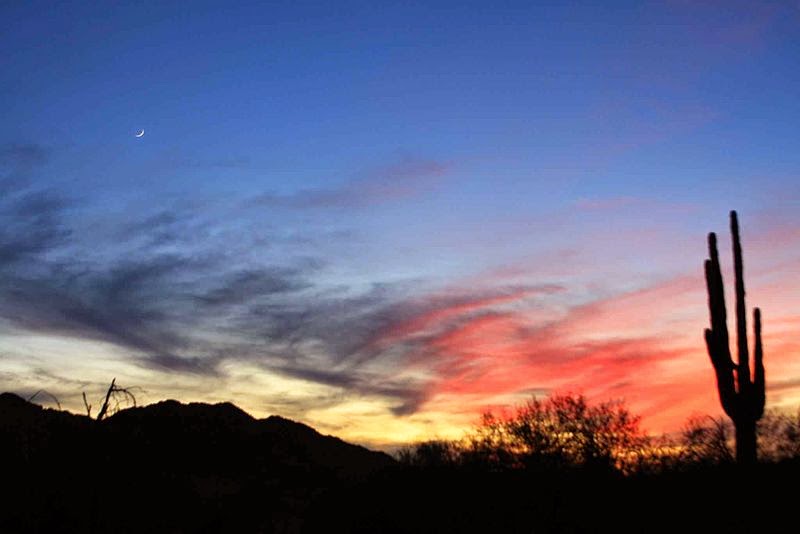 Author: US Fish and Wildlife Service
Image:  Sunrise Over the Desert (here)

Bjorn's given words:
absinthe -  strong alcoholic drink that is green and has a bitter taste
joss  -   thin stick of incense burned to produce a pleasant smell
tinsel  -  pieces of shiny material used as decoration at Christmas
idler  -  not working or being used
riptide  -  tide that opposes other tides causing a violent disturbance at sea
bluey  -  a bundle of possessions carried by a drifter
nutgall – a gall which forms inside the buds of hazel bushes due to
presence of mites causing the buds to enlarge

For Bjorn's lqw wordle # 16 and
Magaly's Open Link Monday
Posted by kaykuala at 6:53 AM