What of A Hawthorn Hedge! 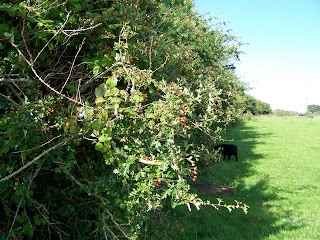 
One is to write a haiku distilled from another poem. The poem by Genji is in italics.
It told a story of a lady who died purely as a result of hatred by another woman
jealous of her

The evening sky itself
becomes something to cherish
when I gaze at it,
seeing in one of the clouds
the smoke from her funeral pyre  -  poem by Genji