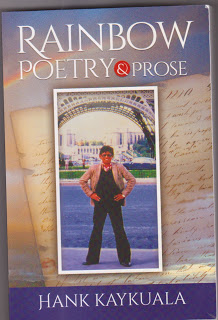 I remember…
…writing my first poetry on Oct 10, 2010. It was a free verse entitled The Little Bird (here). I had spent half the night and right through the wee hours of morning. I completed it after that many hours.

All along a few wonderful people were with me on this. There was Pakcik Hassan who goaded me into writing poetry in the first place. There was poet and writer Ms Ninotaziz who introduced me to the rudiments of proper poetry writing. Ms Ninot revealed the names of blogs that provided prompts such as Magpie Tales, One Stop Wednesday among others then. I was asked to link my postings to them

Lurking in the background was my buddy Halim who encouraged me every so often. And  I was there together with these kind blogging friends to complete the equation and did it my way.

Then when I wrote my first haiku (here) entitled The Smog on Oct 24, 2010 (not really knowing what haiku was) Pakcik wrote in the comments:

‘I am fairly certain, given a year, you will be thinking of compiling your work into a book’

It was a prediction which I dreaded to think about. I had as yet to have some semblance of that creative flair and poetic language of a poet. I did not give it much thought. As of now I still feel I'm handicapped.

But after writing poetry for over 2 years I chalked up the numbers and I thought it would be fun to compile them into a book. That decision was made at end of 2012. I couldn't meet Pakcik's predicted target of one year. I was late by a year.

And before I could say Jack Robinson, my buddy Halim made a posting on my book at his blog (here) . I had extended a copy to him last Thursday Sept 05,2013.

A compilation is no big deal I thought but I’m thrilled!

Submitted for K's hosting at d'Verse: Poetics: Try to Remember
Posted by kaykuala at 8:14 AM