Hotel guest no less - a Haibun 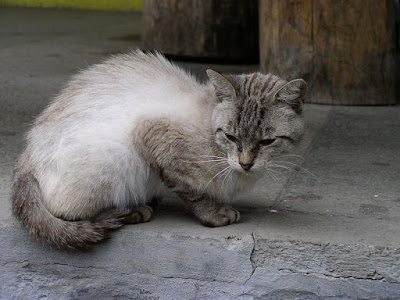 How to bridge the divide now playing mischievously in both our minds.
My wife refused to own up but her asthmatic self rebelled not wanting
to  accept. I had nothing against her much less her mother I admired her
respect  for her mother but pitied her. We eventually bridged the gap. She
would not be subjected to any asthmatic sniffings anymore. For the duration
of her mother's travels overseas, we  would look after her mother's pussy-cat
as agreed. But for my loving wife's sake we'll send it over to the Pet Hotel
without her mother's knowledge