Found and Lost and Found Again 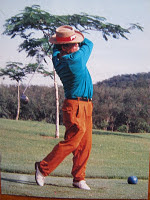 Image: A Younger Hank Many Years Ago. 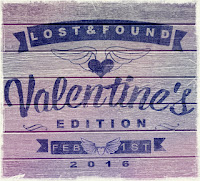 As the minutes progressed only
four were then left including Hank
As it turned out later we were all
strangers to each other but bent
on having our golf game.

But lo and behold! One fine day last month
it happened again just like before
We bumped into each other and made a foursome again
This time though it was at the Terrace where
golfers congregate for refreshments

It is now a daily routine for long-time buddies
A yarn over breakfast and then off again
It is just amazing there is so much to talk about
Found and lost and found again!

For Arlee's Lost and Found - The Valentine's Edition
Kerry's The Tuesday Platform at Real Toads
Posted by kaykuala at 4:42 PM